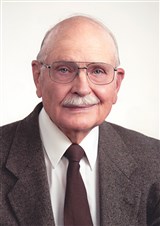 Having accrued more than 50 years of experience in agriculture, Paul Frederick Burmeister began his experience as a farmer in Claflin, Kansas in 1952. In addition, he served as a farmer-cooperator with The Fort Hays Branch of the Kansas Agricultural Experiment Station in 1970 and he has been a member of the Natural Resources Defense Council and the Kansas Natural Resource Coalition since 1975. Likewise, Mr. Burmeister was active as a member of the farmer advisory committee at the Land Institute from 1995 to 2001, a guest speaker in Rapid City, South Dakota in 1993, a participant in the University of Akron National Energy Forum in 1976, and a panel member of the Kansas Sustainable Agriculture Conferences in 1991 and 1992.

Prior to becoming an esteemed agricultural professional, Mr. Burmeister pursued education with a Bachelor of Arts in chemistry and agriculture from Fort Hays State University in 1960. He then completed postgraduate coursework at the University of Kansas and volunteered for the American Peace Corps, traveling to Ludhiana District in Punjab State of India to work in the field of agricultural engineering in 1961. He remained in India for two years, before returning to the family-owned farm and taking up a post with the Kansas Army National Guard in 1963, which he held until 1969.

Civically involved, Mr. Burmeister is a current member of the National Parks Conservation Association, the Menninger Foundation and the Kansas State Historical Society. He was active as a participant at Humanities Kansas (The Kansas Citizens Forum by the Committee for Humanities) in 1987, a member of the board of directors of the Kansas-Oklahoma Conference Foundation of the United Church of Christ from 2008 to 2014, and a network environmental and economic responsibility delegate to the 23d General Synod Meeting of the United Church of Christ in 2001.

Among his fruitful career, Mr. Burmeister was proud to be recognized for excellence with the Barton County (Kansas) Annual Bankers Award for soil conservation in 1990. To remain abreast of his field, he is affiliated with the Ocean Conservancy, Nature Conservancy, Rainforest Alliance and the National Audubon Society. He is a life member of Sierra Club, the Kansas State Historical Society, the Kansas Farmers Union, the American Solar Energy Society and the National Wildlife Federation. A respected voice in his field, Mr. Burmeister has contributed a number of articles to environmental and agricultural journals.

Site powered by Who’s Who Publishers